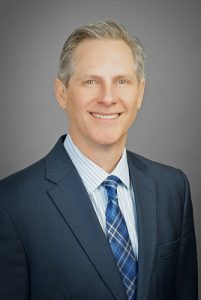 After leaving the District Attorney’s Office, Bristol worked for a prominent law firm with offices in Dallas and Tulsa. One of the former partners of this firm became Governor of Oklahoma. While an attorney for this firm, Bristol litigated all types of cases from serious injury and death cases involving multi-state liability against national corporations to car accident cases. During this time frame, Bristol further developed his litigation and trial skills and learned what is necessary to prevail in the sometimes political and powerful judicial system.  Bristol has tried over 150 trials to verdict, so he has the experience to handle serious personal injury matters.

Many of Bristol’s high profile cases have been followed by local and national news medias such as the USA Today, Sport’s Illustrated, The Dallas Morning News, and the El Paso Times. Bristol has further been interviewed about his cases by ABC News with Peter Jennings, Dateline NBC and The Wall Street Journal.

Bristol earned a bachelor of business administration degree in finance and entrepreneurship from Baylor University where he was honored by being named to the Dean’s List. He received his Juris Doctorate from The University of Tulsa College of Law where he was a member of the Energy Law Journal, Phi Delta Phi legal fraternity, and was listed on the Dean’s Honor Roll. He also attended Southern Methodist University Dedman School of Law and studied British Constitutional and European Economic Community Law at The University of Oxford, Queen’s College in England.

Bristol primarily practices in the areas of personal injury, auto and truck accidents, catastrophic injuries, wrongful death, and child injuries with an emphasis on trial law.  Let his 26 years of trial experience and successful victories in the courtroom help you during this difficult time.

Call us at (214) 880-9988 for a free, no obligation initial consultation with a Dallas accident and injury attorney.